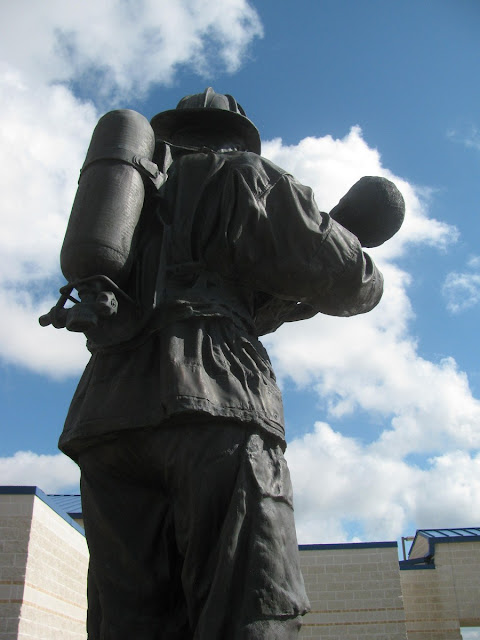 We gathered early at the Cy-Fair Volunteer Fire Department where the ride organizers were serving pancakes and bacon. After enjoying the meal it was time to look at all of the bikes that were lined up for the ride. There was every kind of bike you can imagine. Many older bikes and a lot of trikes. 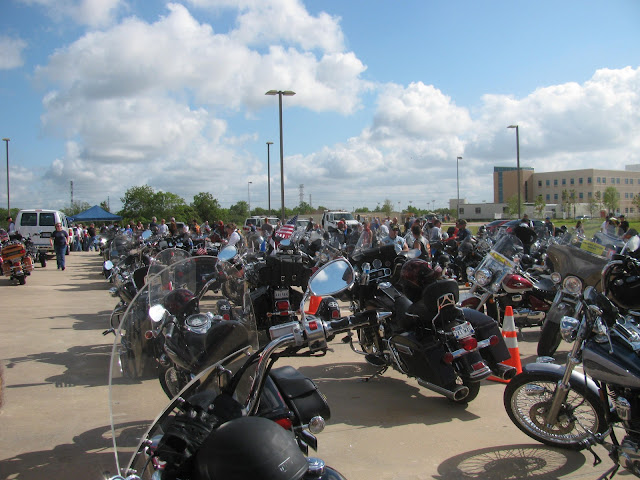 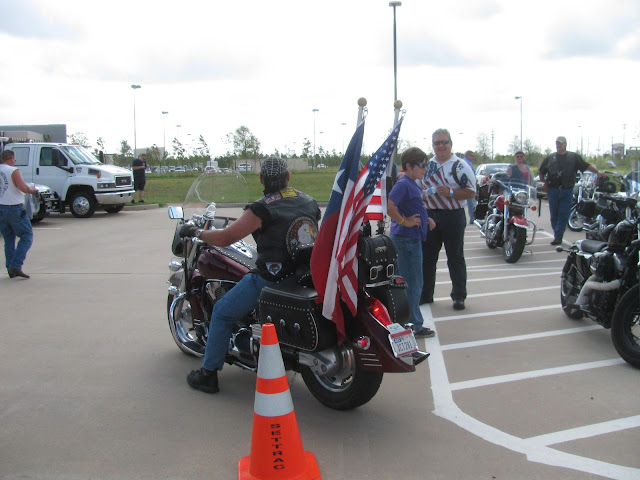 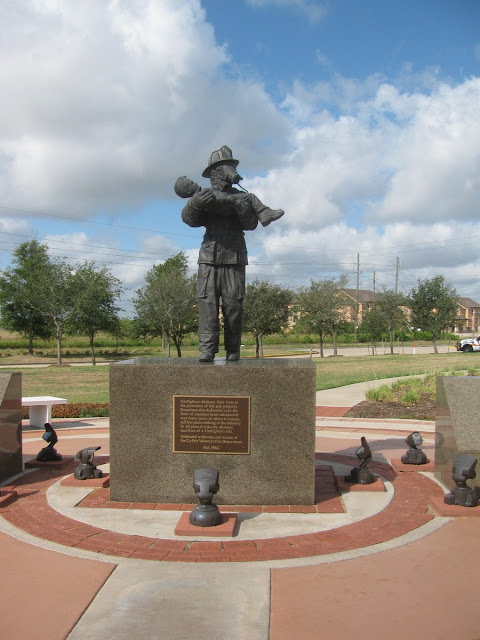 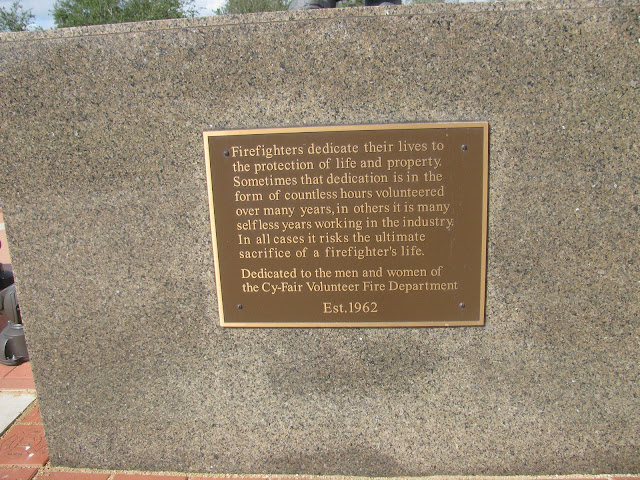 When the firefighters rode in on their bikes and in the background I heard the bagpipe warming up, I was suddenly reminded of why were all really there, Houston Fire Department Captain Grady Don Burke. Captain Burke was the 59th Houston Firefighter to lose his life in the line of duty. He was trapped in a house when the roof collapsed and was unable to escape. Captain Burke was a Valor Award recipient, a husband and the father of three.
This ride was to support the Texas Line Of Duty Response Team. They support firefighters who are injured in the line of duty, or the families of firefighters who have been killed in the line of duty.

After the short ceremony started the ride. We rode through four counties, Harris, Fort Bend, Brazoria, and Galveston Counties. It was a police escorted ride which means we didn't have to stop along the way.  No red lights, no stop signs and no traffic. There were cars parked along the roadways and people standing on the side of the street while we went by. There was some very pretty scenery along the way since we took the back roads there.
﻿

When we arrived at the Galveston County Fairgrounds there were people there watching the bikes roll in.


There was a barbecue cook-off and fire festival at the Galveston County Fairgrounds in Hitchcock, Texas. I enjoyed looking at all of the fire equipment and of course the BBQ cook-off teams. Jerry and I have a friend who has a team, actually a team of two!  Luke makes wonderful ribs. His sauce is a bit sweet and spicy at the same time.

Fire Station 26's BBQ team in honor of Firefighter Damion Hobbs killed in the line of duty on April 12, 2009