Bryce Canyon, Utah
September 27 - 30th, 2010
Bryce Canyon was a place that I saw on television and I just knew I had to go there. It looked beautiful on the screen but nothing could show the true beauty of this majestic place. This is one place you must experience on your own to truly know the meaning of it. These are not just mountains. These are not just rocks. This is magick. 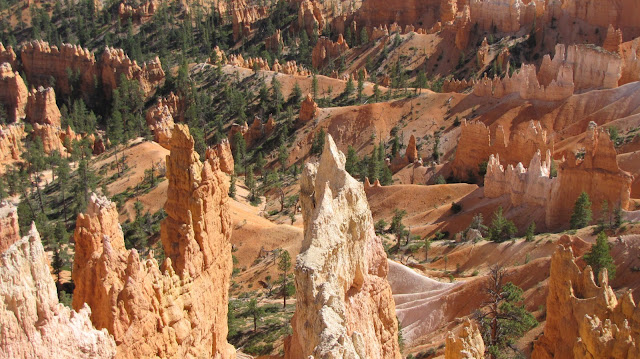 Around every corner here you see something beautiful. There are trees as well as rock formations. Most of the rock formations are limestone and they are called Hoodoos. The formations are from the ground up. The variation in colors were very interesting to me.
Our first thought when planning our trip to Bryce Canyon was to stay as close as possible to the actual National Park. After looking at all of the options we decided to stay just a few miles out in a little town called Tropic, Utah.  I am so glad we did! The entrance to Bryce Canyon and the Bryce Canyon hotel in a treasure trove for tourists. Great to visit for a short time, but I don't think I would want to spend three or four days there. Tropic, Utah  was the perfect place to be. With a population of about 500 it's a sure bet you won't be too crowded anywhere in town.  We stayed at a great little cabin, The Bryce Canyon Inn. The owners there were so friendly.  I just can't say enough about how accommodating they were. They let us park our bikes on the concrete behind the post office instead of on the gravel in their parking lot. The rooms were cozy, clean, had small fridges, nice beds, and c.o.l.d air conditioners. Although at night the temperatures were quite cold anyway, and sometimes in the mornings is was still time for the leathers. They had a nice breakfast in the mornings.  This is where I became addicted to Kashi cereals, lol  It seems as if the whole town is related to one another.  We wanted to go on a horse ride through the canyons, so the owner called their relative, Mr. Mecham for that. He was a great cowboy. There were two restaurants in town, a small grocer, and a country store. The country store had fresh fudge. Yummy. The restaurant we loved was owned by the hotel.  A pizza restaurant. They had awesome pizza and salads, but even better dessert. If you ever go to Bryce Canyon you might consider the small town of Tropic. It's a lovely small quiet town. We sat out on the porch in the evenings after dinner and took a walk along the sidewalks as well. 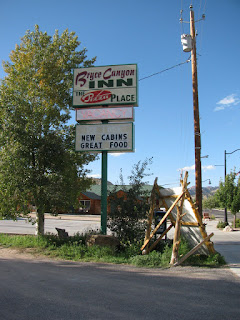 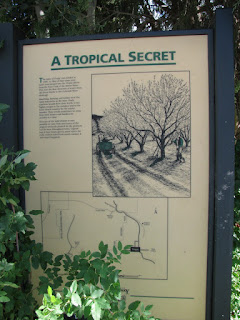 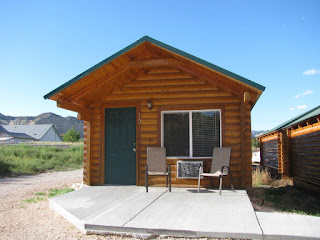 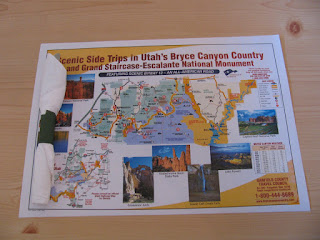 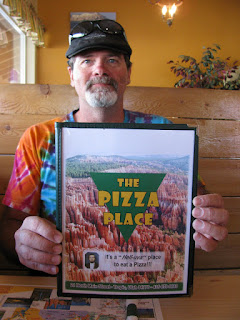 Made with Slideshow Embed Tool
Posted by juwster at 12:23 PM