I have always wanted to see Merle Haggard.  It's just one of those things that never worked out. It was never the right time and the right place. When we heard he was going to be at the casino in Lake Charles I just knew we had to go. Right after we bought the tickets I read that Merle will be the recipient of the Kennedy Center Honor Award on December 5th, 2010.
Merle Haggard Press Release
I can't wait to watch the show on December 28th. 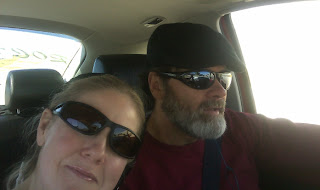 On the way, as we were in the Four Fenders, we made a few stops. One stop was the Truck Stop to get an Icee.  They had real alligator heads for sale there. Key chain alligator heads, back scratchers made of alligator foot nails, and small to large in size actual alligator heads.  How awesomely strange! 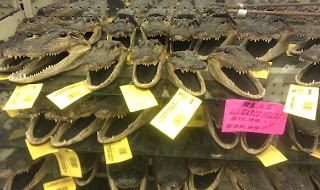 As we had planned to visit the alligators on the way to the hotel this was a cool find.  We made it to the visitors center that has the small pond nearby where they keep the small alligators. We had pre-planned and taken some chicken with us to feed them.  Alligators can be very still.  I had observed this before. They will sit and stare at something forever before they strike at it. We thought that they would really be excited about the chicken. Well, not really. But I did get one to take a bite at a piece. There was one alligator sitting up on the island in the middle. I had thrown several times and not been able to get any chicken on dry land. Big Daddy decided he needed to throw it so we could get it up there for the gator to eat it. Poor gator! Next thing he knew something banged him upside the head! He flinched so bad! It was horrible and funny all at the same time. Although he flinched he still did not move. He layed there for several minutes then slowly moved into the water, swam on top, and came straight forward to us, eyes to eyes, then went under the water. Wow! I think if he could have gotten over that boulder he would have grabbed the arm that threw the chicken on his head. 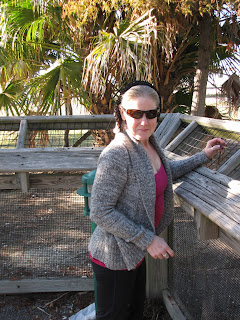 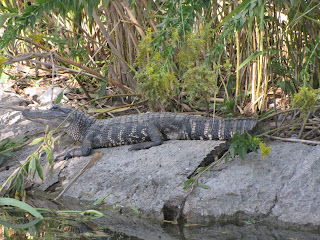 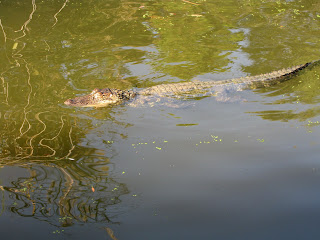 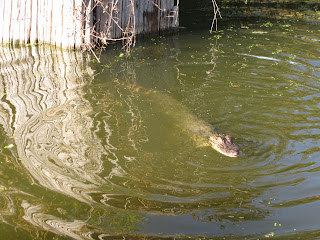 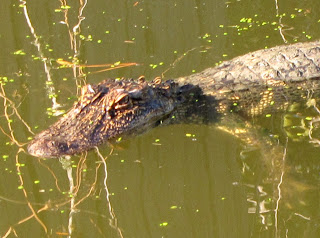 After throwing almost a whole bag of chicken he decides to take a bite!!! 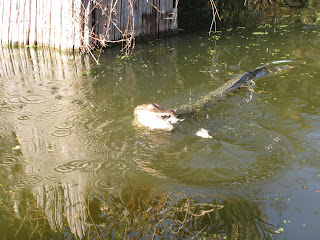 I had a wonderful time visiting Alli and Gator.  I really want to go to one of the farms where you can hold the baby ones and touch the big ones.  Big Daddy was not as impressed as I was.  That is pretty much the same story for most things.  I don't think a lot of people do a little happy dance over an Icee.  Well, not 48 year old people anyway, maybe a 6 year old.  I just like to enjoy life. 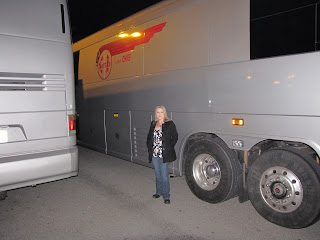 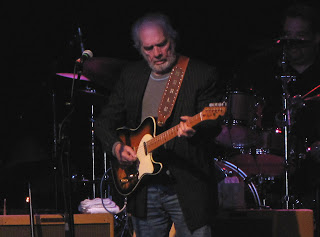 I was so happy when Merle made it to the stage. His voice is so pure and hasn't changed one bit with age. He sounds the same live as recorded. Many people do not sound the same live. An increasing problem these days. I think I could listen to him sing with no music. There are few people like that in the world. With so many hits how does an entertainer decide which songs to sing? That must be a hard decision. He chose well. 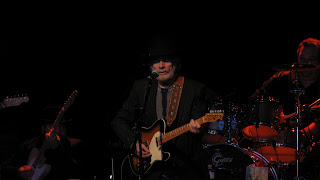 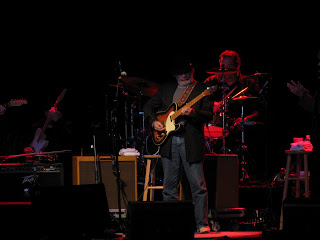 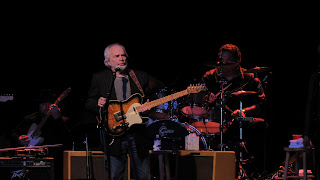 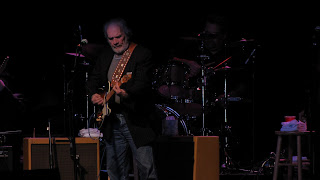 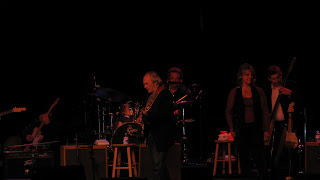 Tomorrow we will be visiting a cemetery and touring some parts of the city we haven't seen yet. But I'm sure I'll always remember this trip as the time that  I saw a true legend and he lived up to the title.
Down every road there's always one more city
I'm on the run, the highway is my home
I raised a lot of cane back in my younger days
While Mama used to pray my crops would fail
I'm a hunted fugitive with just two ways:
Outrun the law or spend my life in jail
Posted by juwster at 12:09 AM

Alligators are lovely and beautiful pet animals. I wanted to have one in our backyard but my family resisted. by the way its good to see you there with your friend and enjoy the visit.