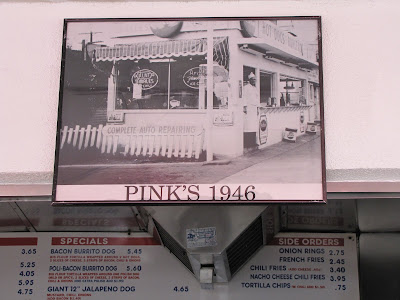 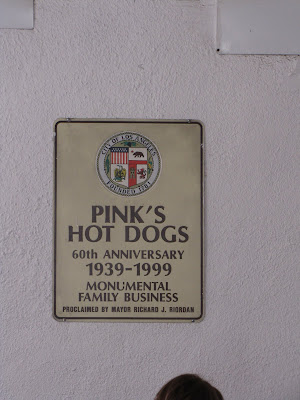 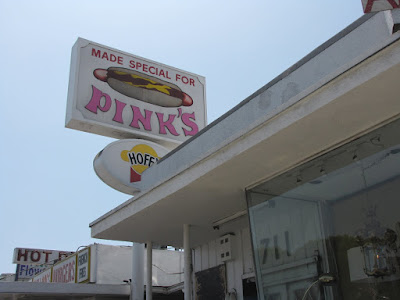 Pink's Hotdogs has been at the corner of La Brea and Melrose since 1939. Paul and Betty Pink had a pushcart there and you could buy a chili dog for ten cents. Betty made the chili from her own recipe. They had custom made Hoffy-brand hot dogs that had the natural casings. The building at 709 North La Brea was built in 1946. 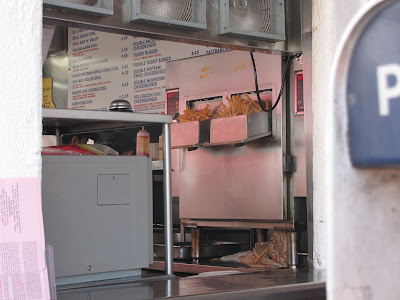 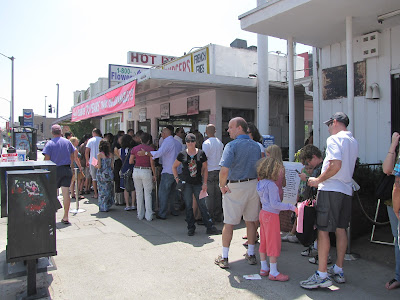 Pink's is so famous it has been mentioned in many creative works. It has been shown in movies, television shows and commercials. In Thomas Pynchon's 2009 novel, Inherent Vice he mentions Pink's. Pink's is featured in David Lynch's 2001 film Mulholland Drive. On the video game Midnight Club: Los Angeles, Pink's is a feature. In Big & Rich's song, "Comin' To Your City" they say, "LA has the freaks and Pink's and fifteen-dollar drinks." Singer-songwriter James Taylor has cited Pink's as the inspiration for his song "Chili Dog". On his 2007 album "One Man Band", he notes, "The chili dog was my favorite foodstuff for a time, until I realized that it wasn't a food, it was a drug."
Well, I can attest, James is right, they are a drug.

Pink's has named Hot Dogs after famous people. Some of their combinations are strange to me. I would never eat them, but they seem to sale a lot of them. So they must be good. 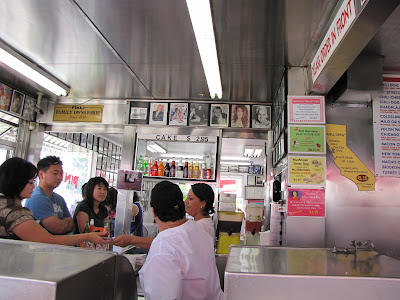 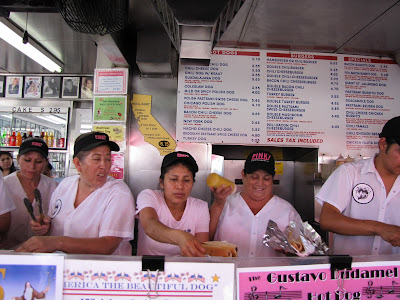 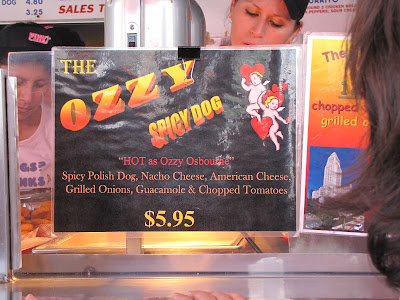 I had always read about Pink's in Hollywood. So it was on my list of things to do once we got there. When we got to Pink's there was a huge line. We knew we would be standing there for quite a while and I had no idea if it would be worth it or not. But I was willing to try because I had waited so long to see what it was all about.
It was so worth the wait...

It's not just the everyday person who is coming to Pink's. Many celebrities love Pink's and will come to get their favorites. I doubt they have to stand in the long line though! The restaurant is decorated with the autographed photos of all of the celebrities that have visited. 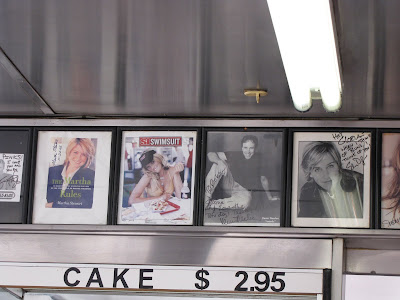 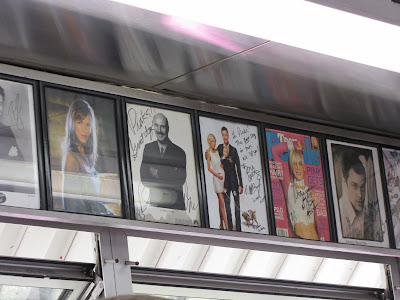 It was so worth the 45 minutes in line.
How they make the hot dog weenie "pop" when you bite into it I'll never know. But they do. The chili is to die for. Oh. My. God. It is so good. I've never had chili like that in my life, and I'm from Texas.
Don't these look awesome? They were!!!! 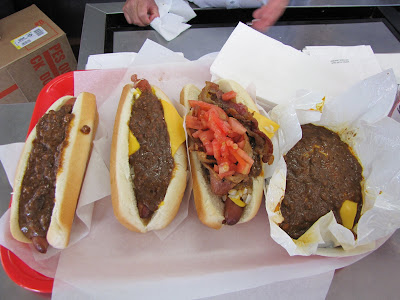 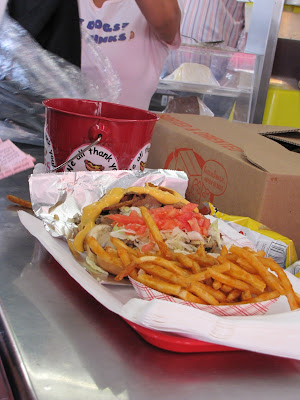 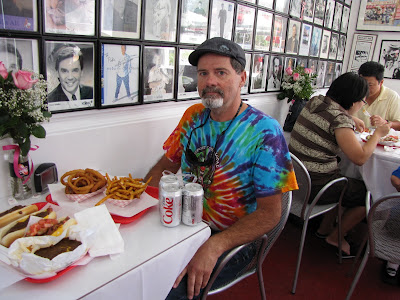 The day we were there the Travel Channel was filming and Ms. Pink was there. 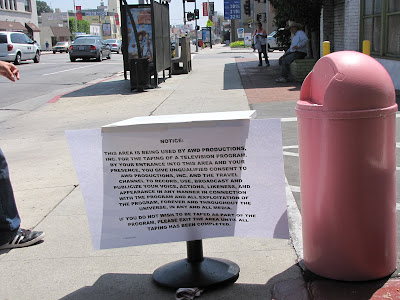 A pretty shot of Pink's from the back patio. Don't you love the Pink trash can? I'd love to be sitting there right now having a hot dog with chili, cheese, bun and dog! 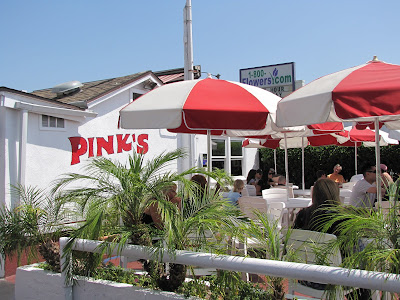 If you ever find yourself in Los Angeles I can tell you it would be hard to find a better less expensive meal than the wonderful hot dogs at Pink's. The fries are crunchy and the onion rings are great too.
Posted by juwster at 9:24 AM No comments: