Lovin' Every Minute Of It!!! 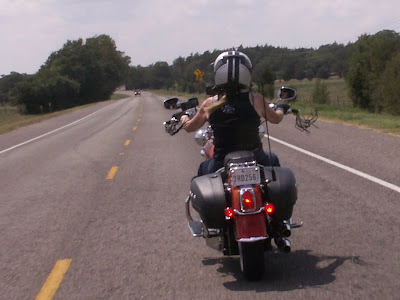 It was a short ride today, only 220 miles. But it was a nice breezy and cool day. Although sunny, this afternoon we did go though a bit of rain for about five minutes. As usual, just enough to get the bikes chrome spotted. I hate that!

We started out the morning at Chick-Fil-A as usual. You just can't beat it for good food.

There were a couple of places we had thought about riding to today including La Porte to eat at the Monument Inn at the Houston Ship Channel but we decided on Fayetteville so we could see the old Courthouse there.

Here are a few pictures from the day. 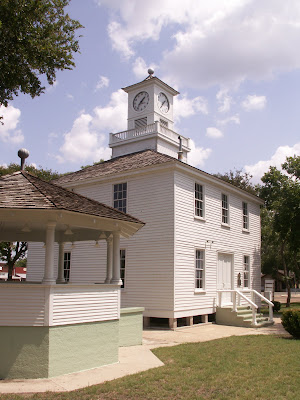 This building is a Bed and Breakfast. I would love to go back during one of the small festivals they have and get a room there. The building has just been bought and restored. We talked to the owner of the Orsag Restaurant for a while today and she told us about the renovation. Believe it or not she worked for the Orsags for 24 years before she bought the restaurant. That's a very long time for one restaurant to even be there, not to mention one person working there. 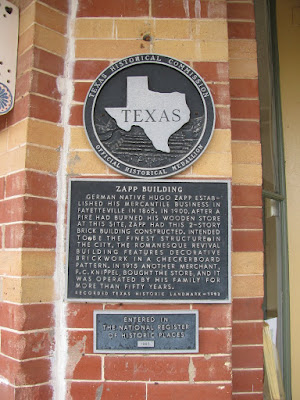 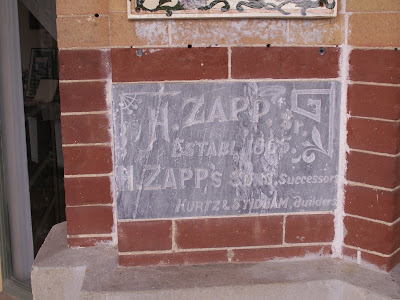 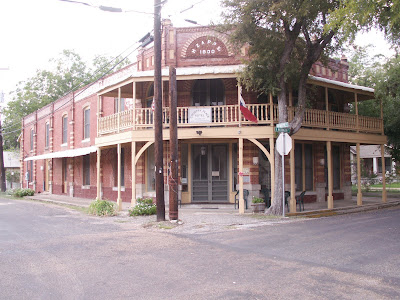 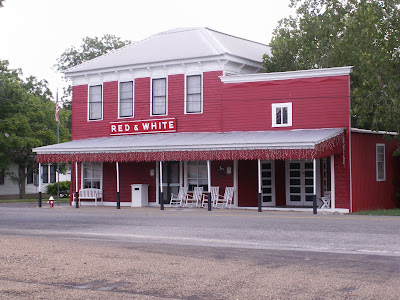 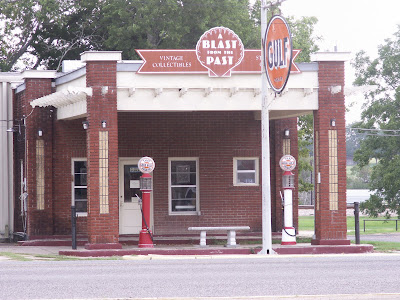 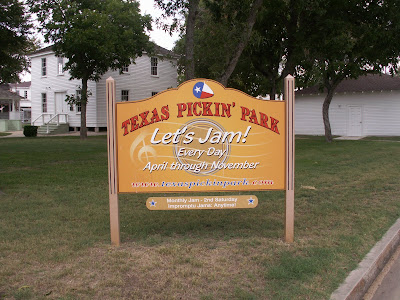 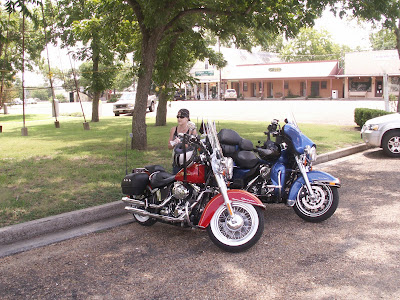 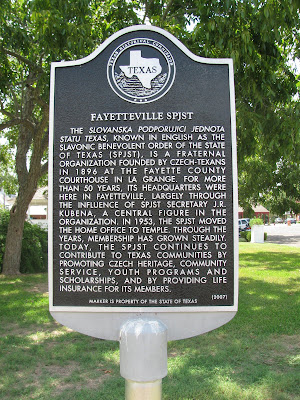 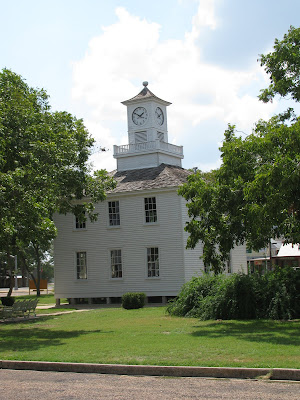 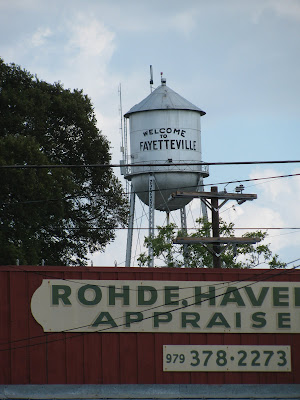 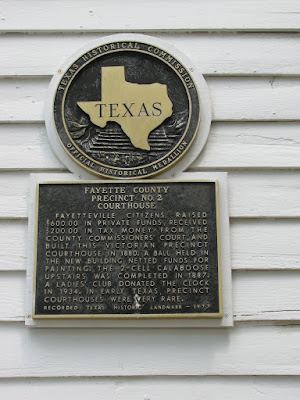 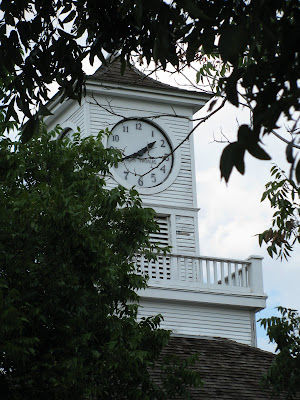 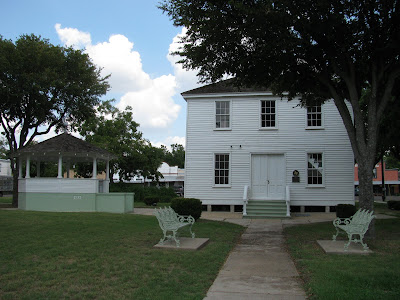 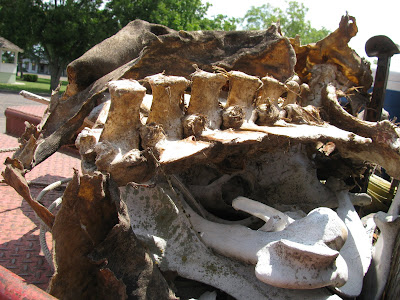 Walking along the street in downtown we saw a truck parked and it had these old bones in the back. Of course I had to take a picture of them. I guess they were old cow bones. There was part of a hide on them too. It's strange the things you see if you just take the time to look. 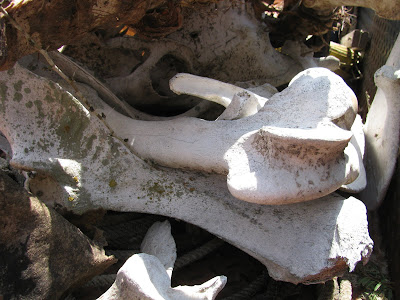 While driving to Fayetteville we saw a classic red car parked at a rest stop along the way. The owner was sitting on a picnic table. I waved at him as we passed by. I love old cars, as does Bid Daddy. On our way to Sealy to eat BBQ I needed gas so we stopped in Industry at a gas station there. And guess what was sitting there right in the parking lot? The red classic car, the owner was sitting inside. I asked if I could take a picture of his car. He was thrilled and said of course I could. We talked a bit and told him about the Niftee Fiftees Car show on 2920 on Saturday Nights and he said he would love to take his car there not this Saturday but next. He asked if we were the ones that had waved at him earlier. We said we were and he said, cool, but he had wondered if he knew us, we said, now you do! He told us a bit about the car and he had restored it from the ground up. It was pristine, very nice. A Ford Falcon 1951. 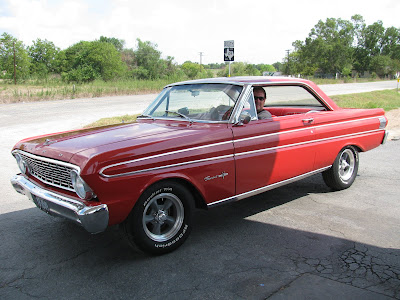 From there it was on to Sealy to get the best BBQ within one hour of our house. Hinzes BBQ. Now, if we are up to a trip, the best BBQ is in Elgin, Texas at Meyers BBQ. It is worth the trip, believe me. If you are ever up that way take the time to eat in Elgin and go to Meyers. They have the best brisket I've ever had. But for closer purposes Hinzes will do as they have an awesome BBQ Chicken and the most tasty cole slaw I've ever had. They also have some very interesting onions. I'm not big on raw onions, but these onions are quite unique. From my food reviews I guess people would think I weighed 500 pounds but alas, I just love, love, love, food. 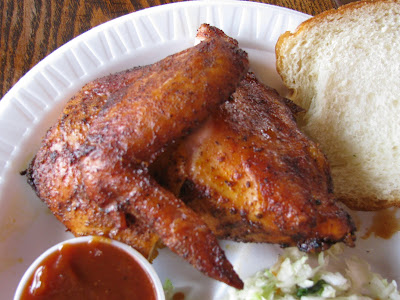 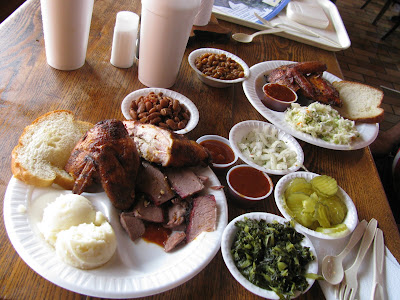 Okay, if anyone can explain to me why on earth BBQ restaurants display dead animals on their walls please use the comment button on my blog and leave a comment about it. I would guess it has something to do with hunting, but I doubt that the owners of these restaurants are out hunting and killing the meat they are cooking in the restaurants. The worst one I have been to is Jerry Mikeska's BBQ near Columbus, Texas. There was not one spare inch of space on the walls in that place. There were so many eyeballs staring at me I could hardly eat my food. At least Hinzes keeps it to a bare minimum. But really, do they even cook Bobcat? Can you eat it? They have one on the wall there. And the poor duck looks like it's poor legs are broken. Anyway, here are a few pics of the dead animals. 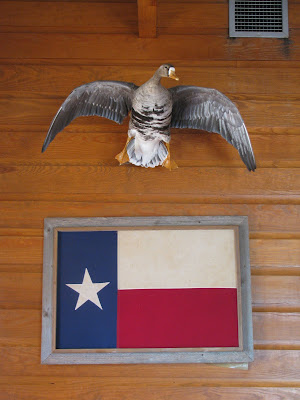 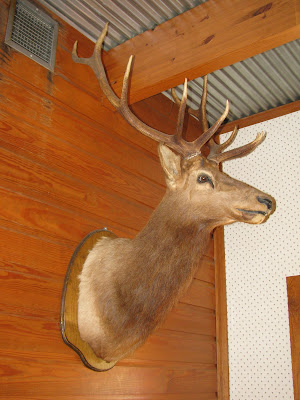 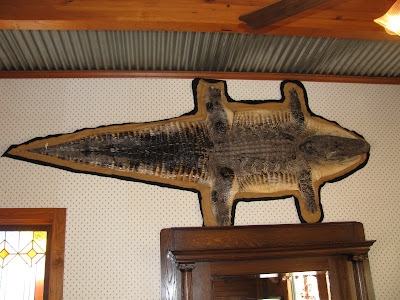 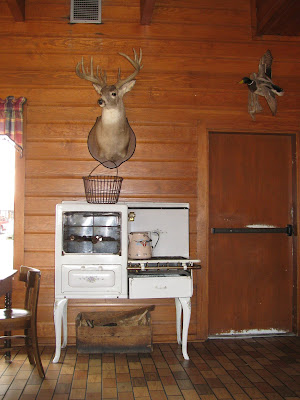 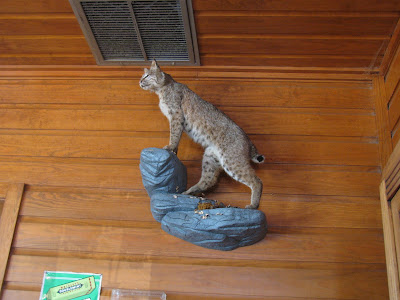 On the beautiful ride home we decided we needed a bit of dessert. Yesturday, I found proof that there was a higher power after all. While walking on The Woodlands Waterway to the Gooses Acre for lunch I spotted a sign. It said "Berripop Yogurt". WHAT??? Berripop Yogurt?
What.
Is.
That?
I thought we needed to find out. Investigate a bit. Since our withdrawal have been vast since leaving LA and our Pinkbery Yogurt we definately needed to find a substitute. I've never heard of Berripop before. They had opened here on July 4th. It wasn't Pinkberry but we decided to taste it. They have almost got the formula down, but not quite. Until Pinkberry makes it to The Woodlands Berripop will be a good substitute.
I got Blueberries and Granola on top, Yummy! 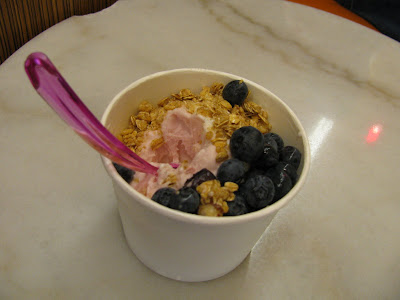 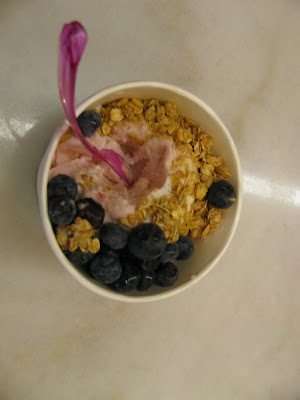